5 Inspirational & Successful People Who Did Not Let Failure Define Them

Everybody, at some point in their lives, has experienced failure. It could be something as simple as not getting the job you wanted, or getting fewer marks even after working your ass off. But what defines you is not your failure, but how you get back up after being hit.

Here are the failure-to-success stories of some famous people all over the world, that will definitely inspire you on one of those days when you have just given up hope.

Once, a young school boy was caught in a fire accident in his school and was assumed that he would not live. His mother was told that he was sure to die, for the terrible fire had devastated the lower half of his body. Even if he were to survive, he would be a cripple throughout his life.

But the brave boy did not want to die nor did he want to be a cripple. Much to be the amazement of the doctor, he did survive. But unfortunately from his waist down, he had no motor ability. His thin legs just dangled there, lifeless. Ultimately he was discharged from the hospital. But his determination to walk was indomitable. At home, when he was not in bed, he was confined to a wheelchair. One day, he threw himself from the chair and pulled himself across the grass, dragging his legs behind him. He reached the picket fence, raised himself up and then stake by stake, he began dragging himself along the fence, his resolve to walk undeterred. He did this every day, with faith in himself that he would be able to walk unaided. With his iron persistence and his resolute determination, he did develop the ability to stand up, then to walk haltingly, then to walk by himself and then to run.

He began to walk to school, then run to school, to run for the sheer joy of running. Later in college he made the track team.

In February 1934, in New York City’s famed Madison Square Garden, this young man who was not expected to survive, who would surely never walk, who could never hope to run – this determined young man, Dr. Glenn Cunningham, ran the world’s fastest mile.

An epitome of the power of positive thinking and faith in one’s self, Glenn Cunningham continues to be an inspiration for many, and his story, a brilliant testimony to how one can bounce back even when all odds are stacked against one, to the extent that death seemed the preferable option.

He had a troubled childhood – his parents separated, and his stepfather was physically abusive to his mother and siblings. His mother was falsely convicted twice because of his stepfather’s allegations. Because they had no one to take care of them, he, along with and his siblings, had to stay in a foster home at the age of 8. His first marriage failed partly due to his choice of opting out of a medical career and because he cheated on his wife. Not only did he fail miserably at his job as a medical equipment salesman, but his girlfriend also deserted him due to his deteriorating financial conditions. Homeless, he stayed with his son at motels, parks, airports and once even in a public toilet. He toiled incessantly at a brokerage firm during the daytime, stood in long queues so as to sleep under a roof at night. 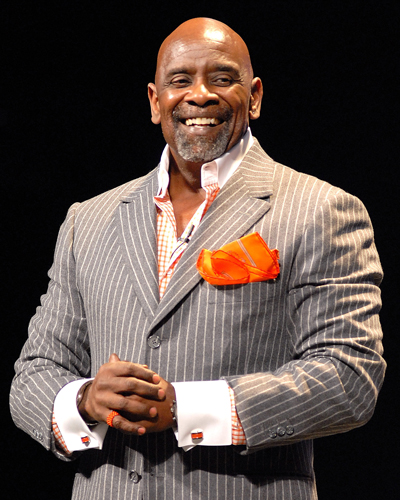 After passing the licensing exam in 1982, he became a full-time employee of Dean Witter. He established his own brokerage firm Gardner Rich & Co. in 1987, in which he owns 75% of the stock. He sold a small stake in Gardener Rich in 2006 in a multi-million dollar deal.

He is none other than Chris Gardner, the C.E.O and founder of Christopher Gardner International Holdings – with offices in San Francisco, New York, and Chicago. His life was portrayed in a Hollywood film – The Pursuit of Happyness – which not only went on to be a blockbuster, but was also loved by audiences worldwide. 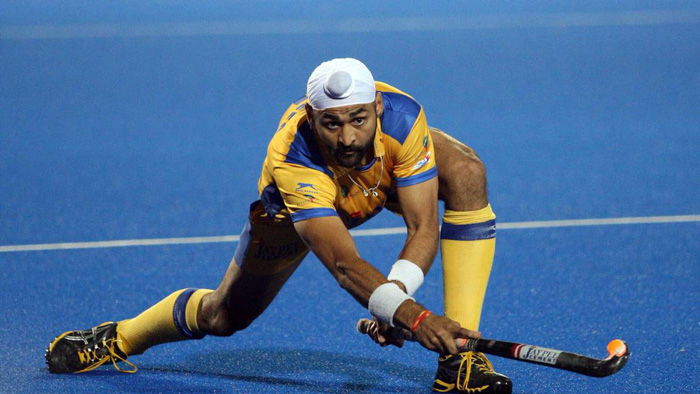 He is an Indian professional field hockey player and an ex-captain of the Indian National Team. He made his international debut in January 2004 in Sultan Azlan Shah Cup In Kuala Lumpur. He took over as the captain of the Indian national team in January 2009. At a time when he was at his peak, he was said to have the best speed in the world in drag flick (speed 145 km/h). On 22 August 2006, Singh was seriously injured after being hit by an accidental gunshot in Shatabadi train, while on his way to join the national team due to leave for the World Cup in Germany two days later. He was almost paralyzed and on a wheelchair for two years of his life.

Sandeep Singh Bhinder not only recovered from that serious injury, but also established himself again in the team.

Under his captaincy, the Indian team managed to clinch the Sultan Azlan Shah Cup in 2009 after defeating Malaysia in the finals at Ipoh. India won the title after a long wait of 13 years. Singh was also the top goal scorer of the tournament.

The India men’s national Hockey team had qualified for the 2012 Summer Olympics in London after a gap of 8 years. The team had a resounding victory over France in the finals of the Olympic qualifiers by beating France 8–1. Ace drag-flicker Singh starred in the final against France by scoring five goals – including a hat-trick – all from penalty corners (19th, 26th, 38th, 49th and 51st minutes). Singh was the highest scorer of the Olympic qualifiers tournament by scoring 16 goals.

He is regarded as one of the best drag-flickers of the game.

4. A wildlife presenter on the Discovery Channel

After leaving school, he briefly considered joining the Indian Army and hiked in the Himalayan mountains of Sikkim and West Bengal. Eventually, he joined the Territorial Army and, after passing selection, served as a reservist with the SAS in 21 SAS Regiment (Artists) (Reserve), for three years until 1997.

In 1996, he suffered a free-fall parachuting accident in Zambia. His canopy ripped at 16,000 ft, partially opening, causing him to fall and land on his parachute pack on his back, which partially crushed three vertebrae. He later said: “I should have cut the main parachute and gone to the reserve but thought there was time to resolve the problem”. According to his surgeon, he came “within a whisker” of being paralyzed for life and at first it was questionable whether he would ever walk again. He spent the next 12 months in and out of military rehabilitation. 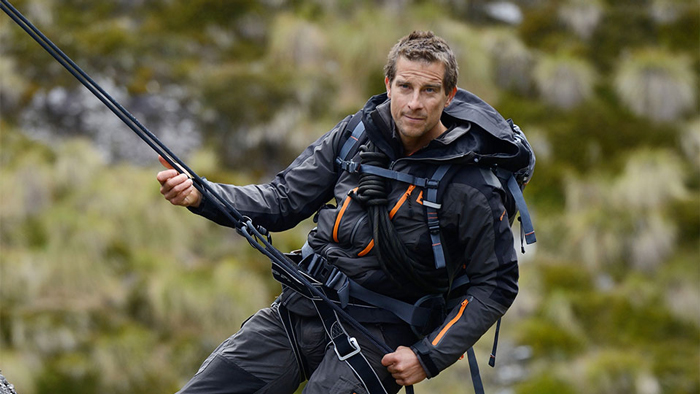 In a showcase of what pure determination and hard work can do, on 16 May 1998 he achieved his childhood dream climbed to the summit of Mount Everest, 18 months after breaking three vertebrae in a parachuting accident.

At 23, he was at the time among the youngest people to have achieved this feat. This is the inspirational story of the amazing Bear Grylls. He is known to the world as a television presenter for the Discovery Channel, with his own show called Man Vs. Wild.

In the middle of 2009, he was the software engineer that no one wanted to hire. Despite a dozen years of experience at Yahoo and Apple  Computer, he got turned down by two of the internet’s most upcoming companies at the time. First Twitter, and then Facebook. 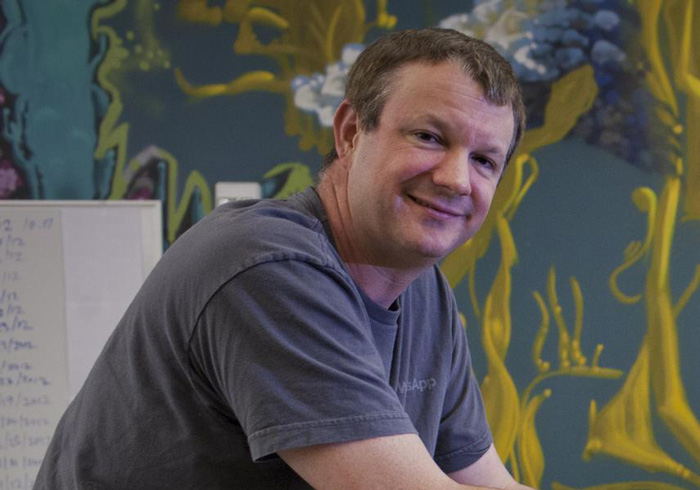 When he could not find any other company that would hire him, he teamed up with another Yahoo alum, Jan Koum, and built the application that has not only dominated cloud-based messaging, but is also used all over the world. Yes, this person is none other than Brian Acton, who developed Whatsapp. Whatsapp was acquired by Facebook in 2014 for about $19 billion USD in cash and stock, making Acton’s net worth around $3.8 billion. 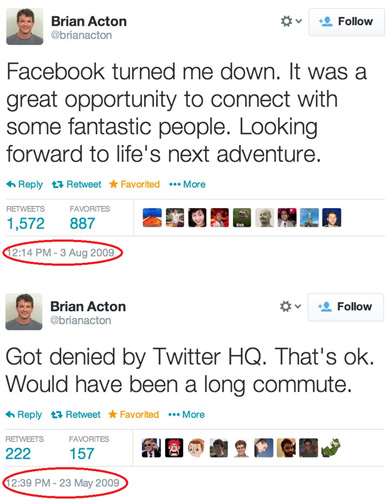